History of the Welsh Society of Central Ohio

The Columbus Welsh Society was formed in a meeting at the home of David E. Morgan on April 12, 1948. The main purpose was to “foster Welsh singing, preserve Welsh traditions, and to promote…literature, poetry, music, and the arts for the benefit of the people of Columbus, Ohio” and to “give musical and social entertainment to those persons sympathetic with Welsh tradition.”

In August, 1967, it was incorporated as a non-profit organization and the name was changed to the Welsh Singing Society.  In May, 1985, the organization was renamed the Welsh Society of Central Ohio (WSCO) in order to more clearly identify its broader scope.

The constitution, rewritten in 1989, calls for WSCO to “foster appreciation of and to preserve Welsh heritage and traditions and to promote literature, poetry, music, and the arts of Wales for the benefit and education of the people of Central Ohio.” 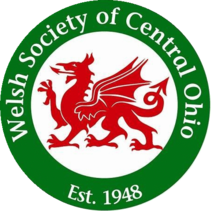